As you may be aware, the world is falling into a massive climate crisis. There is a high concentration of carbon filling the atmosphere, which has catastrophic effects on the earth. As ocean temperatures begin to heat up, ice sheets in the Arctic and Antarctica are melting, raising the sea level. Additionally, industrial farming is rampant throughout America and many developed countries, leaving land barren and dry. 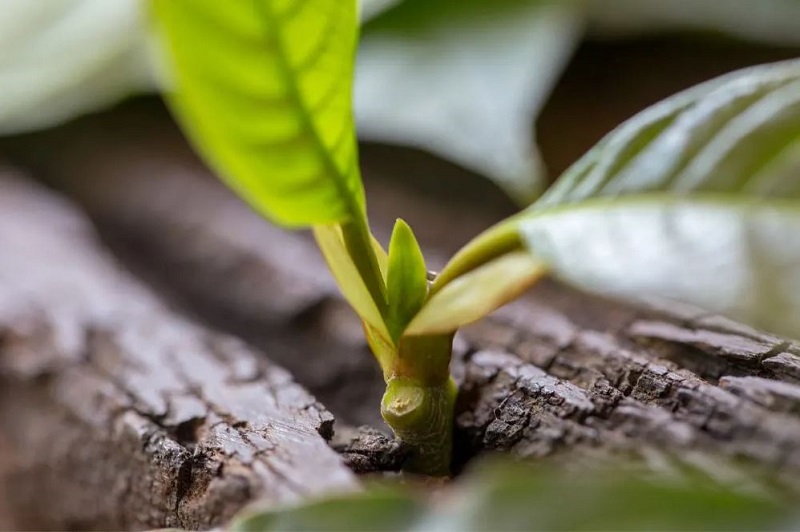 When the land dries out from industrial farming, there is no way that new lush greenery can take its place, which means that there are large dust fields across the globe. As vegetation is responsible for decreasing atmospheric carbon concentration, and dust fields have none, these large industrial farms must change their farming methods to combat climate change rather than hinder.

Many industrial farms owned by large companies do not consider the health of the land they use. However, smaller farms and sustainable crops are paving the way for a more environmentally healthy, modern way of cultivating the land. For example, Kratom is farmed using sustainable methods that keep the land replenished, as well as farmers and their communities thriving.

Kratom is a substance derived from the mitragyna speciosa tree, which is native to many Southeast Asian countries. The tree thrives in humid conditions where the soil remains moist and warm all year round, especially when its leaves are exposed to high amounts of sunshine. Traditionally, indigenous communities in these areas have used the leaves in their healing practices as the plant has over 40 active compounds.

While these communities claim health benefits, many Western countries, including the USA, have banned Kratom for human consumption. However, it is legal for research purposes only in some states.

The methods used for Kratom farming are unlike that of industrial crops. The planting and harvesting are performed by families in the areas using techniques that ensure the plants can thrive in the future. They do this by preserving most of the plant and only harvesting select portions so that they aren’t wiping out entire habitats at one time. With ample time in between harvests, the land can replenish itself and maintain its biodiversity.

As these farming methods are so effective, many countries are taking notice. Companies are looking at Kratom farming methods as models for sustainable and ethical practices, which could be more widely implemented worldwide.

One of the most detrimental problems with industrial farming that is not sustainable or ethical is that it often leaves the land barren and animal habitats destroyed. Many of the rainforests worldwide, the most biodiverse places on the planet, are being wiped out, so industries like timber and oil palm can continue to profit and meet growing consumer demand.

Many of these rainforests are home to endangered species like the orangutan and Sumatran tiger. If more sustainable and ethical farming practices are not put in place, they could become quickly extinct. Farming methods that preserve wildlife habitats, like those used for Kratom, could be the key to replenishing biodiversity levels that have started dwindling in recent decades.

As many sizable industrial farming companies are looking for maximum yield no matter the cost, they often don’t put time and effort into ensuring that the land they cultivate can remain healthy. These methods often leave communities without any natural resources, and anything leftover could be contaminated because of poor waste management by processing facilities.

Unlike these farms, Kratom farmers selectively harvest plants, only taking some of the leaves from individual trees. These trees grow wildly in the jungle amongst other tree species, and as they are not completely removed during the harvest, they can grow stronger year after year. There are also backyard Kratom farmers who cultivate small, family-run crops on their property. These often provide a source of income and don’t require any natural rainforest to be ruined.

For hundreds of years, small communities throughout Southeast Asia and the world have remained intact, living off the land without the need for help from outside companies or governments. However, as these lands are rich in valuable plant species, large companies have long exploited these communities, making them work the ground without ever providing proper compensation. As these practices strip resources from these communities, driving them to starvation and poverty, fair trade business must be practiced to ensure that all farmers receive the compensation they deserve.

As their traditional farming practices and way of life have sustained forest life for generations, the ecosystems and their economic stability can be disturbed when large industries try to exploit them. Fair trade practices allow these farmers to continue cultivating using sustainable methods without leaving them resourceless. It helps to strengthen these farmer’s bonds with the environment, which can foster healthier ecosystems.

The Role Of High-Quality Kratom

High-quality Kratom is always farmed using sustainable and ethical methods. The vendors and suppliers ensure their businesses exercise fair trade tactics and that all farmers and communities are generously compensated for their work.

When you purchase from a reputable dealer, you help to support farmers worldwide while also helping to protect the environment.