Although the name kiosk is not new, what we see now is quite different from what it meant in the past. A kiosk was a tiny pavilion seen in gardens, farms, and at the entry gates of great edifices or palaces during the medieval period. Today’s kiosks can be used as an interactive ATM (automated teller machines) at banks, ticket vending machines at metro stations, airports, and other transportation hubs, a self-checkout POS (point of sale) at shopping malls and multiplexes, and at public gatherings and fairs to entertain the masses. 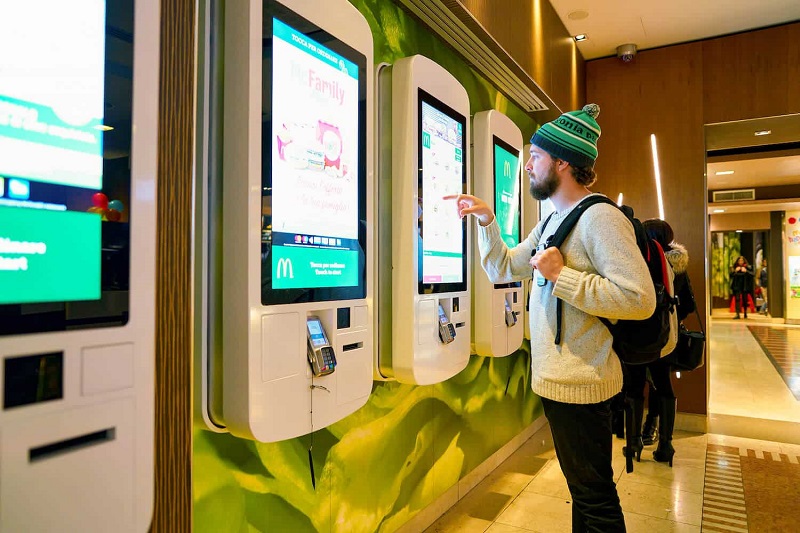 What is a digital kiosk, exactly?

It is a computer terminal with a specially designed mix of hardware and software that is located in public spaces. Typically, the technology is employed as a self-service interactive machine that displays pertinent information to the user, such as retail and office directories, event information, and promotions. A tiny media player runs the software that displays the required information on a big interactive touch-screen display.

Digital kiosks in the Future

Kiosks are combined with technology to produce self-contained self-service devices that may be used to withdraw cash, buy tickets, pay bills, and get information. When they are not in use, they may display pertinent information to passers-by as well as local business marketing.

With the advancement of this Touchscreen Solution technology, numerous kinds of kiosks have been available, each conceived, produced and offered by a different company for various commercial and non-commercial uses.

The Department of Homeland Security of the United States has erected kiosks where tourists may register their admission and leave the country. It assists the government in tracking and preventing illegal immigration and human trafficking. The Automated Passport Control (APC) machines are self-service kiosks that provide passengers with shorter lines and quicker processing times. Passengers may scan their passports, take and upload photos, and answer a series of questions to complete their information, after which they will get a valid entrance receipt.

Telekiosks are becoming commonplace, allowing users to make calls. It’s more akin to the old-fashioned telephone booths. Following the establishment of worldwide standards for 5th generation data services a few weeks ago, a few kiosk manufacturers have already begun preparing to install 5G internet-enabled kiosk machines. Users will be able to print their digital photographs over Bluetooth at the photo kiosks. Multimedia kiosks, which display films and images, are also seen. Because most kiosk machines are linked to the internet, future research will concentrate on developing safer, hack-proof kiosk software.

As a self-service Touch kiosk interactive machine that presents relevant information to the user, our interactive screen kiosk assists brands.